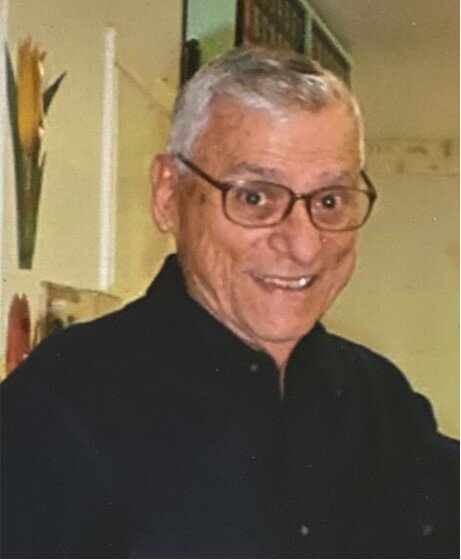 John J. Abad, beloved husband, father, grandfather and great-grandfather, died Wednesday, April 20 after succumbing to Dementia. He was 87. John was born in Ybor City, Florida to Jose and Carmen Abad along with his brothers: Louis, Joe, Victor, and Ralph and his sisters: Josephine, Alba, Lucy and Mary. John attended primary and secondary school in the Bronx, New York. Following several years of duty in the Marine Corp Reserves, he married Dolores Abad in 1956. He worked for the City of Detroit Water Department for 30 years until his retirement in 1986. John and Dolores moved to St. Petersburg Florida, enjoying a long and happy retirement.

John is survived by his loving wife of 67 years, Dolores and his children: Mike Abad and his wife Elisa, Catherine Abad, Christopher Abad and his wife Kiem, and Carol Ryan and her husband Patrick. He has 10 grandchildren, 12 great-grandchildren and three generations of nieces and nephews. John was much loved by his family, his neighbors at Asbury Arms and fellow parishioners at Holy Family Catholic Church. He was a strong but gentle soul and taught his family, by example, to give back. John enjoyed volunteering his time and spent much of it helping and supporting his neighbors and friends where he lived. He donated time to Meals on Wheels, driving the Church Bus, the Men’s Club and ushering at Church. He was always ready to give anyone that needed a ride to or from the airport. John used his natural ability to make a positive impact on his family, friends, co-workers, and all who had the honor to meet him. He will be missed and very fondly remembered by all.  10/09/1934 – 04/20/2022 RIP

To plant a beautiful memorial tree in memory of John Abad, please visit our Tree Store

Share Your Memory of
John
Upload Your Memory View All Memories
Be the first to upload a memory!
Share A Memory
Plant a Tree