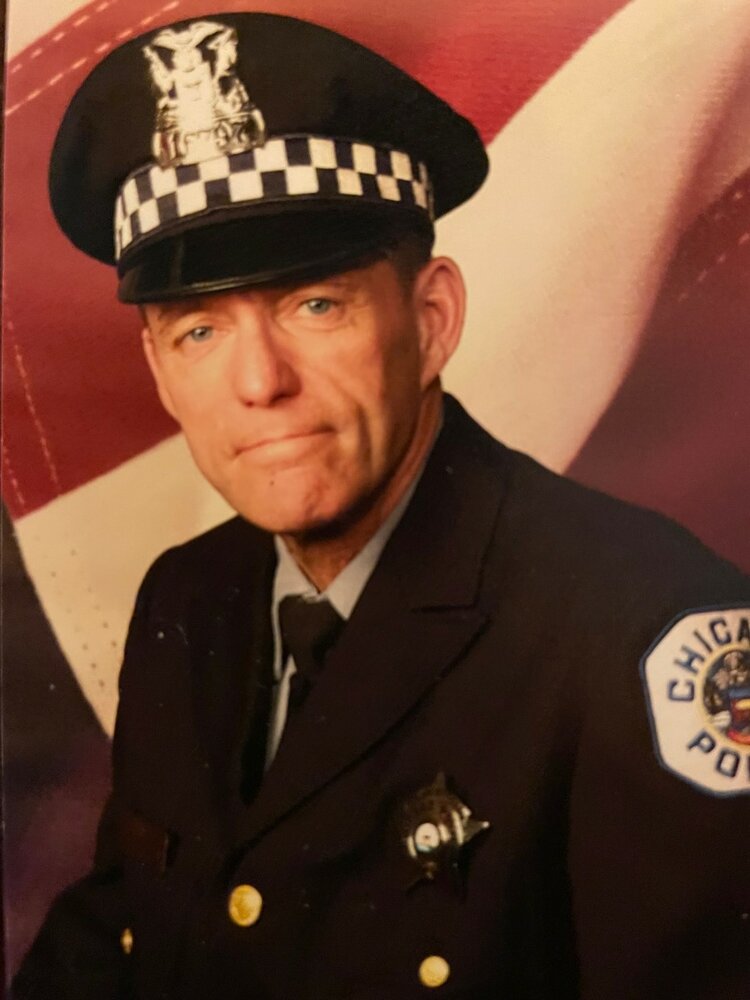 Michael Cowan Emmett of New Port Richey, Florida passed away at the age of 67 on January 31,2022.  He was lovingly surrounded by his wife and children as he passed into eternal life.

He was born October 26,1954 on the south side of Chicago to Corean and Bill Emmett.  Mike's dad worked for the Rock Island railroad and from a young age together they would go to the train station to watch the trains arrive and depart. It's this memory of this time with his Dad that Mike would begin a life long love of trains.  As a father himself, Mike enjoyed traveling by train with his family experiencing the different routes Amtrak provided across the U.S.

Mike graduated from Morton West H.S. in 1972.  It was there that he met his future wife, Ginny De Stefano,at age 16.  Mike went on to earn his bachelor's degree from Drake University in Iowa in 1976.  Mike headed back to Chicago and entered the Chicago Police Academy graduating in 1977.  It was at the 10 th district  ( Marquette) located at 23rd and Damen that he found his calling in life.  Mike found that he loved police work.  As a patrolman assigned to a beat car, he did his work with dedication and pride.  When he wasn't working the tenth district, Mike worked "Special Employment " for the City of Chicago on the CTA buses and trains and at the Chicago Housing Authority providing police services for various city housing projects.  Mike was employed by the Illinois College of Optometry as security officer.  Mike worked 2-3 jobs a week for many years to earn extra money.  Mike moved into Forensic Services in 2004 working out of the Chicago south office.  He retired from the Chicago Police Department February 15,2015 serving the people of Chicago for 38 years.  Mike enjoyed the camaraderie of his fellow officers and had many life-long friends through the CPD.

Mike loved reading,especially westerns and police stories. He had an amazing memory and enjoyed discussing history and politics. He loved animals, the White Sox,his South Side Irish heritage and putting hot sauce on everything.

Mike was extremely proud of his two children,Bridget and Robert. He taught them how to navigate the big city by car,bus and "L".  When they left home as young adults there was never a doubt they would be able to find their way regardless of what city they lived in.  He taught them how to shoot, what to do if they got pulled over and introduced them to the best food in the city of Chicago.  On long road trips to visit family in Texas, Robert and Bridget learned of their father's love of classic country music,Rush Limbaugh and conservative talk radio. Mike was a loving and generous dad that provided so many opportunities for his kids. He loved to see them succeed whether it was a dance performance,Trinity swim team, Clear-Ridge baseball, the Flames basketball team and especially in their education and careers. Both Robert and Bridget have honored their Dad well.

Mike was the love of her life and beloved husband of Ginny ( DeStefano ); devoted father of Robert Emmett  and Bridget ( Casey ) Trosin; loving "Gramps" of William and Anna Trosin.

Mike also leaves behind his CPD  friends --his band of brothers--who meant the world to him.

The date will soon be shared.

To plant a beautiful memorial tree in memory of Michael Emmett, please visit our Tree Store