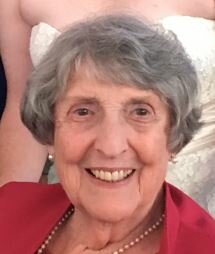 Carol Taylor Zeph, 89, a longtime resident of Dunedin, FL, passed away peacefully at home on Sunday, January 30, 2022. She was preceded in death by her loving husband Jules E. Zeph; and sister, Patricia T. Durgin.  She is survived by her sister Mary E. Dwyer of Suffern, NY; her brother Matthew A. Taylor and wife Joan of Wyckoff, NJ; and her six children: Cathy (Oldsmar, FL); Paul and wife Ellen (Harrisburg, PA); Greg and wife Melissa (Raleigh, NC); Maura (Oldsmar, FL); Pete (Raleigh, NC); and David and wife Tammy (Clearwater, FL).  She is also survived by eight grandchildren and two great-grandchildren. Carol was born in Newton, MA, August 20, 1932, and was married to Jules for 29 years before his sudden death in 1985. After moving to Florida, they spent many weekends sailing, exploring Honeymoon Island, Caladesi Island, and a few longer trips down the west coast of Florida. Carol graduated from USF (including previous coursework at the College of New Rochelle and Boston College) and raised her family in Williamstown and Needham, MA before moving to Dunedin, FL in 1977. A resident of Dunedin for 43 years, Carol was a realtor, active member of the Clearwater Chapter of AAUW (American Association of University Women), and stayed very involved in the fundraising and promotion of higher education for women. She enjoyed membership in an Investment Club and book group.  She will be greatly missed by all. A memorial service will be announced at a later date. In lieu of flowers, Memorial donations can be made in her name to the Friends of the Island Parks, preserving Caladesi Island and Honeymoon Island State Parks.