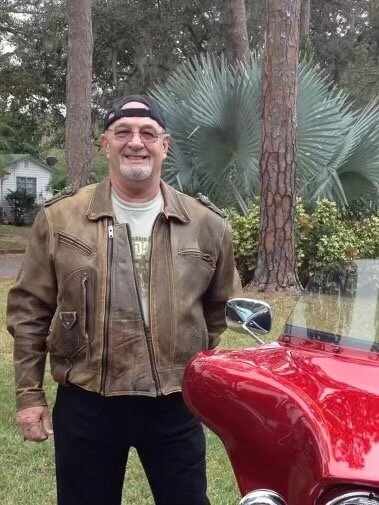 Brian Frederick Fick passed away on July 12, 2022 at Suncoast Hospice Care Center Mid-Pinellas in Pinellas Park, Florida at the age of 76, from cancer.

Brian was preceded in death by his parents, William and Zelda Fick, his oldest brother, Bill Fick, and his sister-in-law, Char Fick.

He loved his many doggies who have since passed away: Topper, Misha, Mia, Heidi and Chico.

Brian was born on October 8, 1945 in Annapolis, Maryland and spent his early years in nearby Baltimore. He and his three brothers had many fun and memorable times growing up in a simpler world. Brian enjoyed family meals and his mother always had a delicious feast prepared. His parents and many of his relatives were from Pennsylvania and Brian loved visiting everyone in the Robertsdale-Saxton-Cassville area. He had so many happy memories of good times and good food!

Family was number one in Brian’s life – he was so very proud of the many accomplishments of ALL his family! He loved bragging about everyone!

Brian loved the holidays, especially Christmas, and decorating his house brought him so much joy. He liked to say he was a low-tech guy in a high-tech world, but he could play a mean game of Words on his phone! He excelled at playing baseball when he was young, but his biggest love was riding his Harley motorcycles.

He moved to sunny Florida in the early 1980’s. He had various occupations throughout his life, mostly as a driver (he could drive anything!), and in sales and marketing. He spent many years in the beer business both in Maryland and Florida. His last job was as a GEMS driver for the Gulfport Senior Center in Gulfport, Florida. He said that was one of the most rewarding jobs he ever had. He truly felt he was helping people and enjoyed the friendships he had with his fellow employees and all his passengers. Brian could talk to anyone about anything – he never met a stranger!

He had many dear and faithful friends who were like family and their friendships meant the world to him.

Brian was a fighter – he endured many serious illnesses later in life and never gave up. He was so very brave, especially during these past few weeks. He was kind, compassionate and forgiving and believed everyone deserved a second chance in life.

We want to thank all the many doctors, nurses and staff over the years who took care of Brian – there are too many to name, but you know who you are. We will never forget you.

We also wish to give a BIG thank you to everyone at St. Petersburg General Hospital who helped Brian recently. He truly had angels taking care of him!

Finally, we want to thank so very much everyone at Suncoast Hospice Care Center Mid-Pinellas in Pinellas Park. Brian was treated with the dignity and respect he deserved, and was given the comfort he needed until he passed away. You made sure our family was comforted as well and we will never ever forget all you did for Brian and all of us. We miss him terribly but we are thankful he is out of pain and at peace.

At Brian’s request there was to be no funeral service, but a Celebration of Life will be held in his honor in the near future.

If you wish to make a donation in Brian’s name, please consider the following:

Suncoast Hospice Care Center Mid-Pinellas – please call 727-467-7423 and ask to be connected to the Foundation Department for information.

To plant a beautiful memorial tree in memory of Brian Fick, please visit our Tree Store

Share Your Memory of
Brian
Upload Your Memory View All Memories
Be the first to upload a memory!
Share A Memory
Plant a Tree