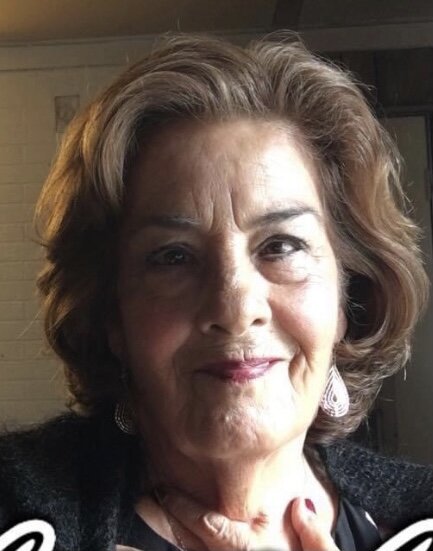 A Mass of Christian Burial for Araceli A. Pérez Miller, 74, will be held at St. Mary Catholic Church , Indianapolis, Indiana, at 11 a.m. on Thursday, May 26, 2022, with Rev. Mauro Rodas as celebrant. Interment will follow in Calvary All-Souls Cemetery, Indianapolis.

A memorial service will also be held at St. Lawrence Catholic Church, Tampa, Florida, at 10:30 a.m. on June 27, 2022 with Rev. Higinio Rosolen as celebrant.

Araceli (Bibí/Sandy) was born in Sancti-Spiritus, Cuba on March 20, 1948 to the late Humberto E. Pérez Brizuela and Aracelia C. (Betancourt) Pérez. She had a happy childhood attending an all-girls Catholic school, the Apostolado del Sagrado Corazón de Jesús, and achieved a music diploma in music theory and solfeggio.

In 1962 she and her three younger siblings emigrated to the U. S. without their parents via the Pedro Pan exodus of Cuban children after the Cuban revolution. The children were sent to Indianapolis by Catholic Charities, and she lived at the home of foster parents Mr.and Mrs. Patrick F. Lawley until 1965, when her parents were able to come to the U. S.

She graduated from Scecina Memorial High School in Indianapolis and throughout her professional career worked at banks, the dental office of George D. Sanchez, D.D.S. as a dental assistant and also as legal secretary and interpreter/translator to Felipe R. Pacheco, Esq.

Araceli was married for 20 years to a U.S. Navy Officer and lived in naval bases in Key West, Italy, Virginia and Spain.

She served as liaison for the Department of Defense Schools in Italy and Spain and did volunteer work in various community support positions in Europe and the U.S.

Following her divorce she moved to Tampa with her two daughters. At St. Lawrence Catholic Church she served as a Sunday school CCD teacher for many years.

Araceli was a devout Catholic and her faith sustained her through trying times. She was able to give her daughters a Catholic upbringing and education.

She loved her family and was full of enthusiasm for her two children, three grandchildren Caty Miller, Christian Quiles and Claire Cappel, and three great grandchildren, Camile, James and Louis.

She was tough, a firecracker to say the least, but also very loving and caring. She was grateful for her blessings and valued family above all else, reminding them always to look out for each other.

Araceli is survived by her two daughters, Erica K. Miller and Sylvia E. Miller, her loving sister, Marisa B. Hay, (David) of Hilton Head Island, S.C., and brother Roberto I. Pérez, of Apopka, Florida, three grandchildren and three great grandchildren, many nieces and nephews, as well as her partner of ten years, Rafael Peraza.

She was predeceased by her parents and her beloved brother Humberto G. Pérez (Bert).

In lieu of flowers, donations may be made in her name to Catholic Relief Services (CRS), https://support.crs.org/dona/cuba-emergency, a nonprofit organization that donates food and hygiene products to the people of Cuba.

To send flowers to the family or plant a tree in memory of Araceli Miller, please visit Tribute Store
Thursday
26
May

Mass of Christian Burial in Indiana

In lieu of flowers, donations may be made in her name to:

Catholic Relief Services (CRS), https://support.crs.org/dona/cuba-emergency, a nonprofit organization that donates food and hygiene products to the people of Cuba.

Share Your Memory of
Araceli
Upload Your Memory View All Memories
Be the first to upload a memory!
Share A Memory
Send Flowers
Plant a Tree