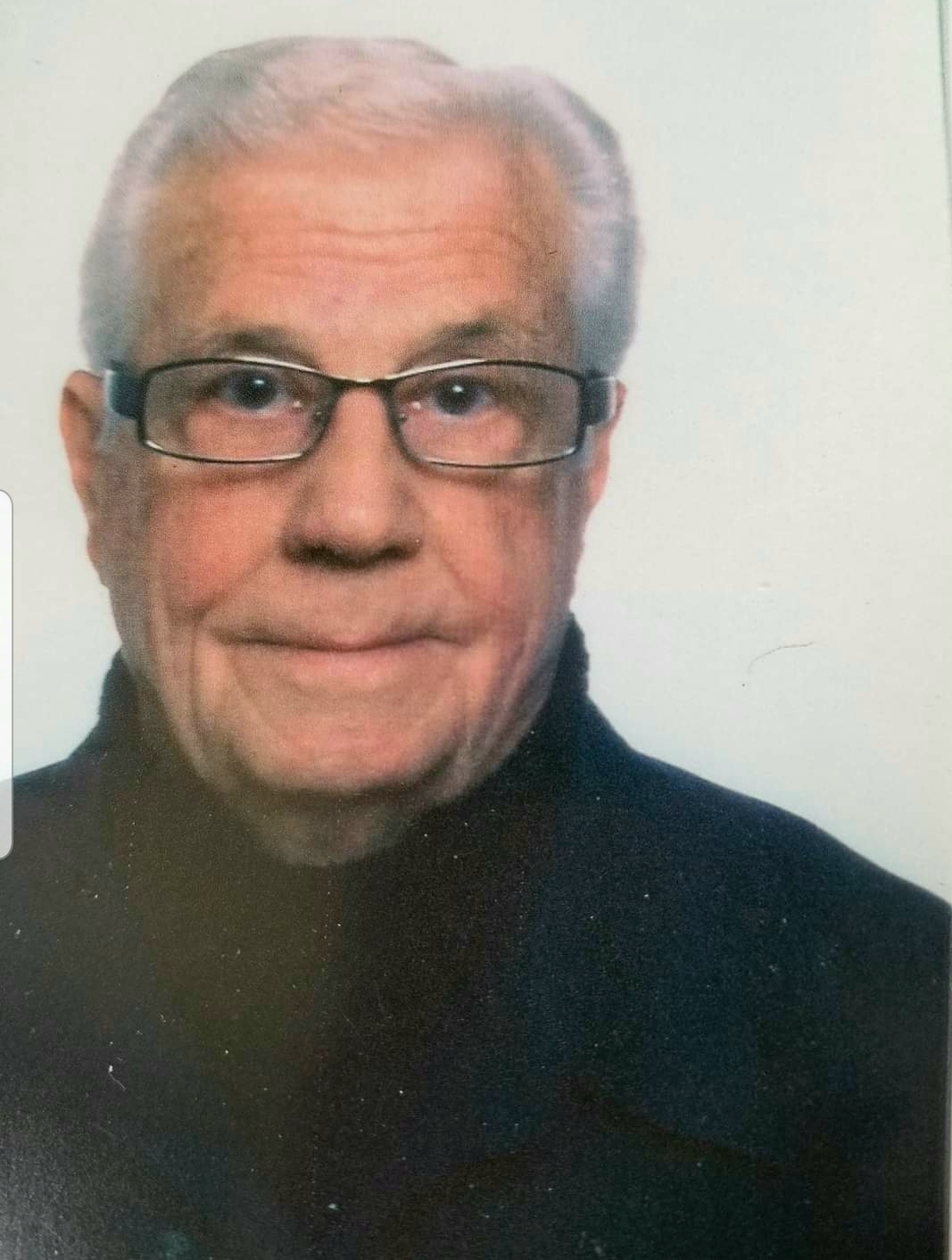 He and his wife Maureen and family immigrated to St. Petersburg, Florida in 1973. Ed was a Sales Manager and Marketing Rep for several national companies, both in Canada and the U.S.A.

After “retirement” and a move to Otto, North Carolina with his faithful horse Bandit, he began working with the mentally challenged at Macon County Group Homes, and later driving Transit for Macon County. He thoroughly enjoyed working with people!

After returning to Florida for “real retirement” he went to work for the Salvation Army and was known as “the bread man” and/or “the candy man”. He loved that job also.

After a 4-year battle with dementia, Ed was peacefully called to his heavenly home surrounded by loving family, on March 14th, 2022. He was under Hospice Care at Manor Care, Palm Harbor.

He is dearly missed by many, including his wife of nearly 65 years Maureen, his sons Randy and Robbie (Samantha) and 7 precious grandchildren Tabitha Sharp, Thomas Sharp, Allison Sharp, Matthew Sharp, Mark Sharp, Amy Valdez, Kati Charles and 8 great grands, all of whom he enjoyed, loved and was extremely proud of.

He leaves behind his brother Kenneth Sharp and a sister Marilyn Millar, and many nieces and nephews, all in Canada.

Ed was sadly predeceased by his eldest son Terry, in 2021, his sisters Lillian Kimmins and Gladys Raike, and a brother, Major Bert Sharp (all in Canada.) What a wonderful reunion there must have been in Heaven!!!

Ed was a lifelong member of the Salvation Army (church) where he was a bandsman and songster.

Private interment at a later date still to be determined.

To send flowers to the family or plant a tree in memory of Edward Sharp, please visit Tribute Store
Print
Saturday
23
April