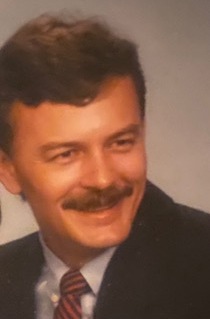 Jeffrey Stanton Gould was born in Marshalltown, IA to Norris and Shirlee Gould, both Iowans by birth. Jeffrey moved as a young boy to Florida where he attended Oak Grove Middle School and Clearwater High School for one year before entering Berkeley Preparatory School in Tampa, from which he eventually graduated. Jeffrey went on to graduate college from The University of Central Florida in Orlando, FL with a B.A. in Liberal Studies and thereafter worked in a variety of vocations including Security, Landscaping, and Pest Control. He also later completed a program in Medical Coding at the Ultimate Medical Academy in Clearwater, FL. Jeffrey had a special ability as a writer/poet and strongly believed that "laughter is the best medicine." Accordingly, he did his best to "get a grin," wherever he could (and he often did). Jeffrey attended Mission City Church in Largo, FL, may he rest in peace and comfort now, and forever. After a nearly 18-month battle with cancer, Jeffrey died at home in Largo, FL and is survived by his brother, Daniel Gould (Leigh), also of Largo, FL, his niece, Lacey Gould, and nephew, Bennett Gould, both of Raleigh, North Carolina.

To plant a beautiful memorial tree in memory of Jeffrey Gould, please visit our Tree Store