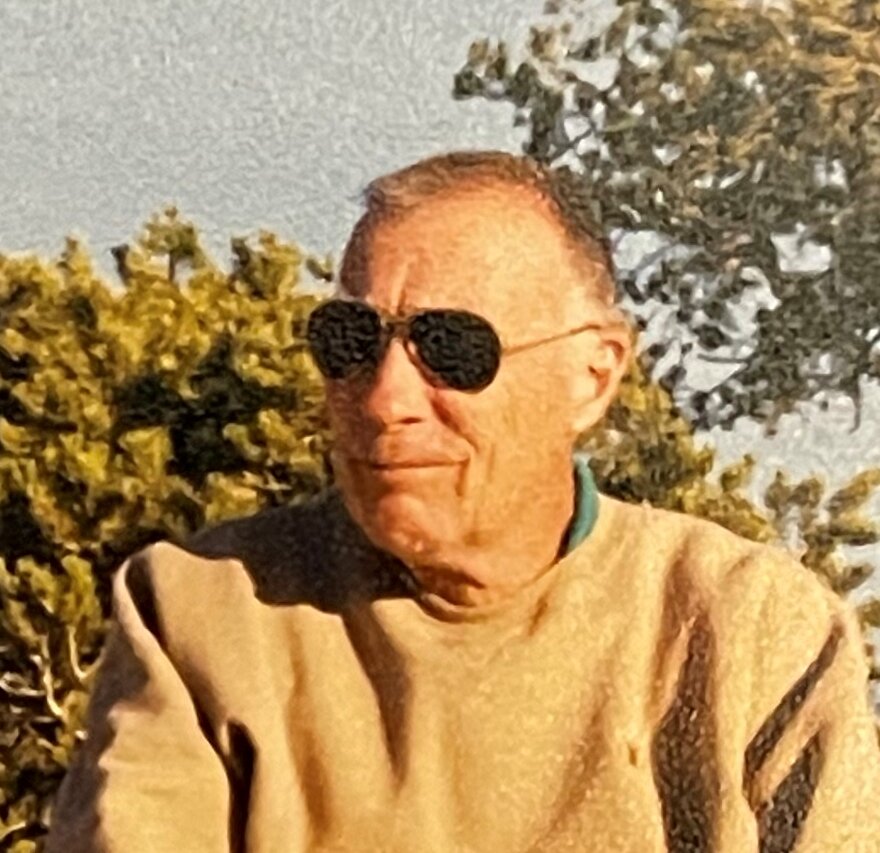 Gerry Lane Arner, born May 4, 1937 in Carthage, MO. Son of Lloyd and Elizabeth Arner. Brother to Dwight, Eddie, Karen, Veleria. Husband to Lois. Father to Elizabeth, David, and Michael. Grandfather to Stephen, Matthew, Augustina, Michael. Trusted advisor and friend to countless others. Died March 2, 2022 in Clearwater, FL from complications of a heart attack.

Gerry’s life was one of service to his family. As a young man he worked to support his family and their farm. In college he worked several jobs to not only pay for his school but to send home money to his parents to help his family and to pay for his brothers’ education. He began his own business in Florida manufacturing paint and selling it through a roof and house painting company and several paint stores. Even though he retired years ago, his paint still lives on many houses around the country. He was up before dawn and out the door six days a week. Home usually in time for dinner and evening sports. He never missed an opportunity to play catch or shoot hoops with his sons. And through all his hard work, never complained – even when sitting in the dark with a migraine.

He passed his work ethic on to his kids. Beth worked for the company to help pay for college. And Michael’s school knew anyone in a company truck was authorized to pick him up and bring him to the plant. David spent many years at the shop helping make paint, sell paint, and deal with painters. He helped the business thrive when Beth and Michael left for other pursuits.

His son David remembers many games of HORSE and Michael looks back and is amazed that he caught for his growing pitching arm for as long as he did. Beth remembers that when she wanted to try-out for the high school dance team, he made sure they came up with the money needed for team uniforms. His dedication to their hopes and dreams never wavered.

Gerry was a man of few words and he made those words count. His discernment and counsel were always spot on. He held strong opinions, yet never imposed them on others. Agree with him or not, that never changed his dedication to those he loved. His loved ones often wished he was a bit more verbose, especially his wife of almost 60 years. Their marriage was one of hard earned loyalty, and was a source of foundational stability for their children.

Gerry was also a man of deep faith, though a strong critic of organized religion. Church was not where he found God. God was to be found in his hard work, his family, and in feeding the birds and squirrels in the back yard. God was also found in how all the family pets loved him most. And mostly he worshipped God by demonstrating an unconditional love for his children, whose errors never caused them to doubt his love.

A man of simple tastes and needs, he only traveled to see family until travel became too difficult. His only desire outside that was to see the Grand Canyon which he did for his 65th birthday, riding a mule to the bottom to stay at Phantom Ranch and putting others to shame with his strength and stamina on the trails.

His family often commented on his resemblance to the Grinch, especially when his smirk appeared and we wondered what delightfully evil thoughts were running through his head. Unlike the Grinch, his heart started five sizes too big. His generosity and willingness to allow others to show their honesty and good will was frustratingly consistent even when proven wrong so many times. People often let him down, but he never seemed to hold that against the next person asking for assistance.

He was a gambler at heart, his betting taking the form of wanting to invest in the next hot stock he got a tip on. At Christmas he bought the family lottery tickets and after all the other presents were opened, the “Great Scratch Off” would begin. While his kids were competing to see how much money they might find under the silver squares, he sat with his annual cup of coffee and enjoyed the scene.

Never one to be a burden to anyone, who always wanted to be the one to assist, Gerry walked into his house from his afternoon of feeding birds and squirrels and had a massive heart attack. Paramedics revived him and brought him to the hospital where he held on for several days. Finally, on March 2, as his family was making plans for next steps, he had a sudden brain bleed and died peacefully – taking any further decisions out of his family’s hands.

In lieu of flowers, his family knows what he would love best as a tribute is to either send money to an organization that helps kids get into sports or into college. Or better yet, find a kid to play a game of catch with or shoot some hoops. That is the legacy he would want to leave behind.

To plant a beautiful memorial tree in memory of Gerry Arner, please visit our Tree Store