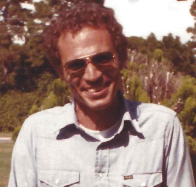 Larry James Smith, 77, of Beverly Hills, Florida, passed away Thursday July 7th, under the care of Suncoast Hospice of Pinellas Park.  He was born January 24th, 1945 in Alexandria, Louisiana, son of the late Earle and Aletha (Martin) Smith.  A resident of Citrus county most of his life, Larry began a career in banking at the age of 25 and dedicated over 37 years to his career, finally retiring in 2007.  He was an avid fisherman, loved woodworking and playing his guitar.  Larry served his community as a former member of the Crystal River Jaycees and Citrus Sertoma.  A beloved brother, father, grandfather and great grandfather Larry is survived by his son Brian Smith, Crystal River, FL., two daughters, Lisa Lawson, Crystal River, FL., Melinda Kosal, Saint Augustine, FL.; brother Ron Smith, Decatur, GA., sister Sylvia Scott, Largo, FL; five grandchildren, two great grandchildren, three nieces and one nephew.  In lieu of flowers the family requests that donations be made to either the American Cancer Society or to the Alzheimer’s Association.  Private arrangements for a celebration of life will be made at a later date.