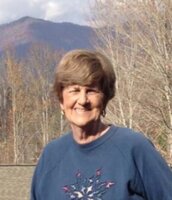 A Memorial Mass will be held at Light of Christ Catholic Church in Clearwater, Florida at a later date to be determined.